By Joy Haj Okolo - June 16, 2021
*BREAKING NEWS!!!​* *OSIBANJO STEPS DOWN.* The Vice President of the Federal Republic of Nigeria Yemi osibanjo​ has finally stepped down. It has just been announced on TVC news, BBC news, AIT and NTA news.  He stepped down from his car today in front of his office to continue his office task. He is such a hardworking Man. Thank you for your attention. Tension will  not kill us . Now go back to whatever you were doing. Just for Laugh, Have a nice day.....
Post a Comment
Read more

By Joy Haj Okolo - March 27, 2021
The Grammy award winning artist emphasizes that musicians on the continent should continue telling African stories. Burna Boy won a Grammy on March 14, 2021 (BBC) Damini Ebunoluwa Ogulu, better known as Burna Boy, has spoken of the palpable relief that swept through him when he won the Grammy in the Best Global Music Album category on March 14, 2021. “I felt very relieved, a lot of relief because I deserved it,”  Burna Boy says straight-faced in an interview with the  BBC .  "So if I didn't get it when I was hoping, a situation wouldn't happen where it's like I wouldn't get what I deserve again, you know?"  he adds, referencing the previous year when he missed out on winning the award. Burna Boy hit the music scene in 2012, after releasing his debut album L.I.F.E. He realised afterwards that his music touched a number of people and transcended several cultures. “It’s bigger than me and that’s when it kind of hit me that this is not a hobby anymore, you used
Post a Comment
Read more 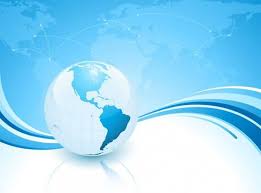 How many trips did you take in the past year 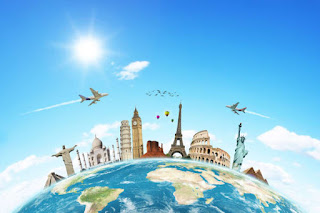 See the number of times people travel in a year. Travelling for business or pleasure? I guess the covid19 pandemic has halt many travelling plans this year.  So tell me, I mean us😀 How many times did you travel last year?
Post a Comment
Read more

By Joy Haj Okolo - February 17, 2020
This information below is a very important one that will set you up and give you accurate information about registration in Camp and show you how to get started. 🔰 GATE CHECKPOINT: You would be requested to tender your Call-Up Letter then the Security will search your luggage once you’re cleared they will give you a Tag number. (Some camps might not give you) 📍 NOTE: ❇ Don’t go with foodstuff, they will only permit provisions and Garri ❇ Don’t go with Laptop, they will Seize it and return it on the last Day of the Camp ❇ Don’t go with cutleries like fork and knife ❇ Don’t go with weapons or a Car. ❇ Don’t go with Gass or Stove 🔰 ACCOMMODATION: After the Gate Checkpoint, go to where you would be allocated a hostel and bed space. the tag number given to you by the security men at the gate would be collected here, then you will write your name. After taking out the camp required documents, locate your bed space and proceed with your registration. VERIFICATION OF DOCUMEN
Post a Comment
Read more

Both MT4 and MT5 provide pioneering automated trading systems with expert advisors. However, they each serve a very different function and, contrary to popular belief, MT5 is not an upgrade of MT4. MT4 was specifically built for forex traders, whereas MT5 was designed to provide traders with access to CFDs, stocks and futures. Determine which platform is right for you with this handy infographic. Charts Candlestick There are many candlestick patterns to guide traders to identify bullish reversals, bearish reversals and continuation of the existing trend. Bar Chart There are also few price patterns using bars that reveal the market's sentiment. For example, up day, down day, inside day and outside day. Line Chart The simplicity and ease of use of the line chart sacrifices the extra information of open, high and low price. MT4 Interface MetaTrader 4 is simple and easy to use for forex traders. The platform allows users to customize the interface to their trading needs. MT5
25 comments
Read more

HOW TO PREPARE BANANA BREAD 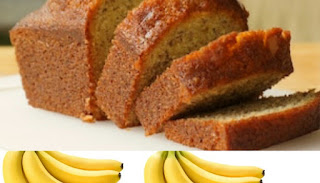 Joy HAJ is a blogger. She's the Founder of lovesquill.blogspot.com a relationship blog that provides relationship tips and advice, polls and awesome relationship quiz contents